As eluded to in a prior post, there was some question of whether I'd acheive my QCWA status next year before getting my basic WAS award. Well, as of about a week ago, I've officially worked them all! 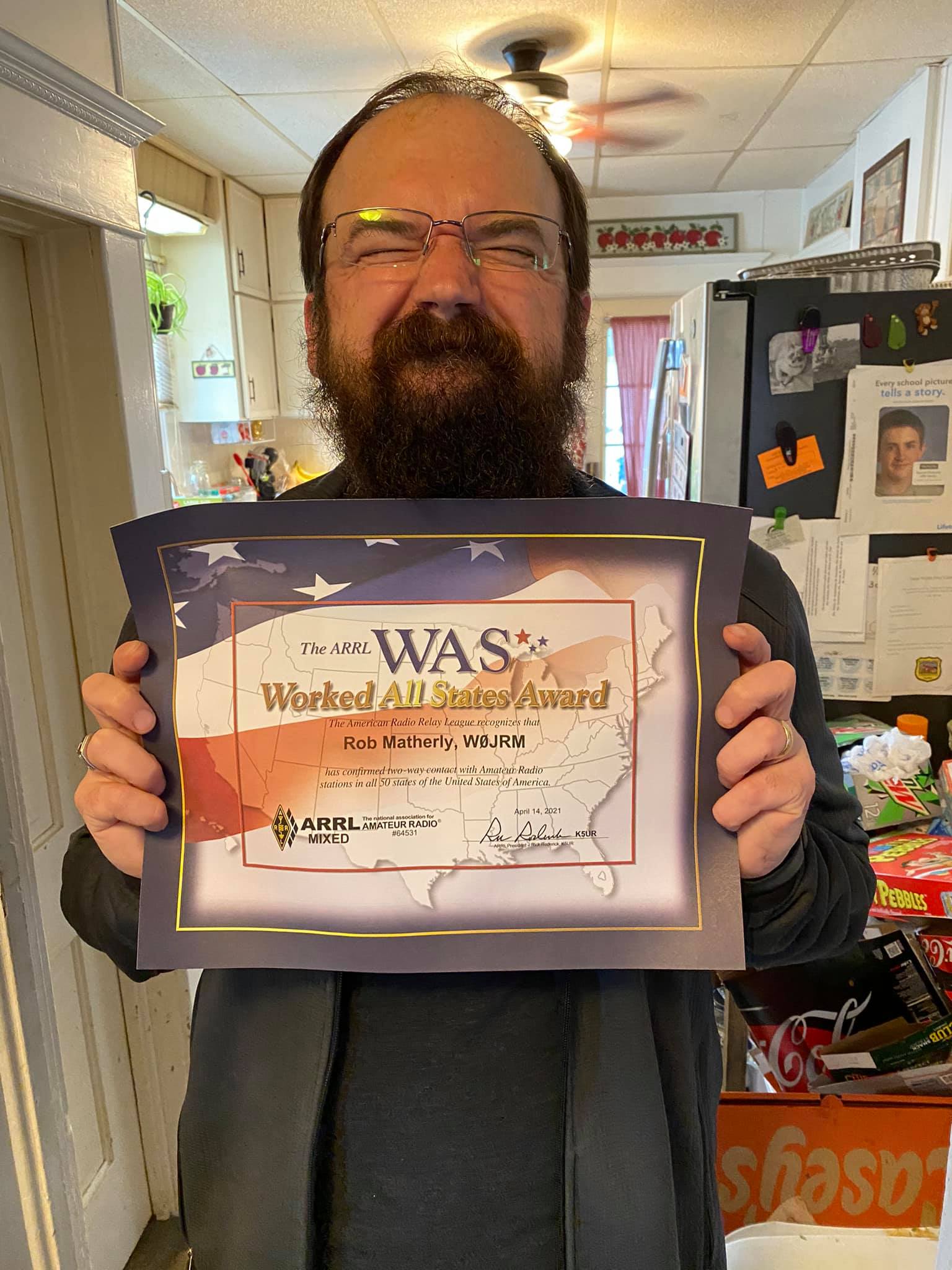 I found it rather amusing that of the last three states I needed, I live in one and the other two border it - Iowa, Wisconsin, and Nebraska. Thanks to some eventful timing and some attention to contests on my part, I was able to pick up three Nebraska stations during the Nebraska QSO party. One to finish my WAS and two backups incase someone didn't QSL to LOTW.

My next challenge? Working them all on CW! I only need four states to finish that. Oh, and to take out that recycling.