15 Years of Consideration, 45 Minutes of Action

I operate CW 99% of the time. The only type of key I hadn't tried yet was a sideswiper (cootie) key. Understandably so, as it's a bit of a niche item and not nearly as commonplace as a straight key or some kind of paddles. In fact, most of the sideswipers you'll hear are likely homebrew keys. They're ridiculously simple to build.

I've wanted to make one for nigh-on 15 years now. I'm not sure where I first heard of them, likely it was on the SKCC list back when it was still a wee thing that nobody foresaw eclipsing FISTS as the predominant on-air CW club. But like many of my projects, it stayed what-if for much longer than it should have.

Well, this past Sunday I had planned on doing tower work. Thanks to extreme heat and my wife not being around to "gopher" for me, that got cancelled. I was still in the mood to build something though. Mulling around my shop, half-tired and half-upset about the tower getting put off, I realized I had the stuff to throw a cootie key together. So after being kicked around for a decade and a half, I finally got around to making one!

All it takes is a base, some 90' brackets, and some kind of firm-yet-springy metal. Often times people use hacksaw blades. I didn't have a spare hacksaw blade handy, so I dug around my scrap bucket and found an old Sawzall blade. After removing what was left of the teeth with a bench grinder, I sanded the paint off and it was ready to go. 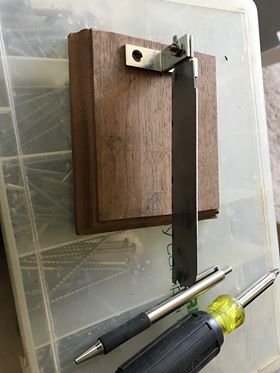 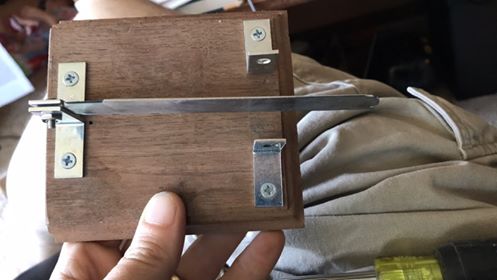 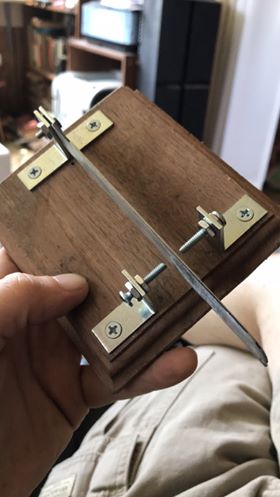 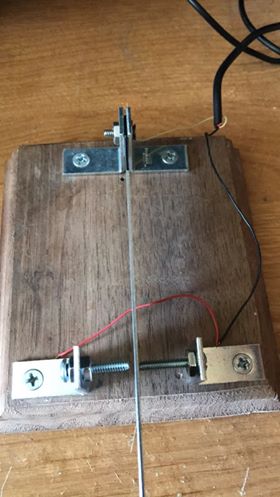 Science-fair wiring quality, but it works. Tie the two terminals together. 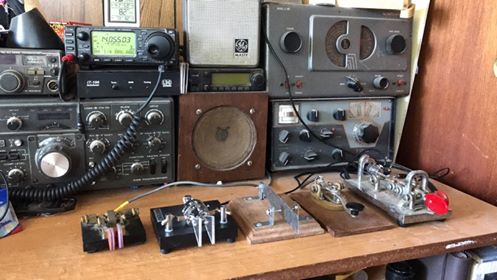 I've had a chance to make a few contacts with my Sawzall Cootie Key. It works FB, however the blade is just a tad too stiff to use for extended periods of time. I find my wrist gets tired after a few minutes of activity. Also, I've had to use spring clams to secure it to the desk. Part of that is attributatle to the stiffness of the blade, but most is due to the lightness of the base.

Despite the drawbacks, the key is still a worthwhile addition to the lineup and makes for some variety in my CW activity.